Home > Advice > What do decongestants do?

What do decongestants do? 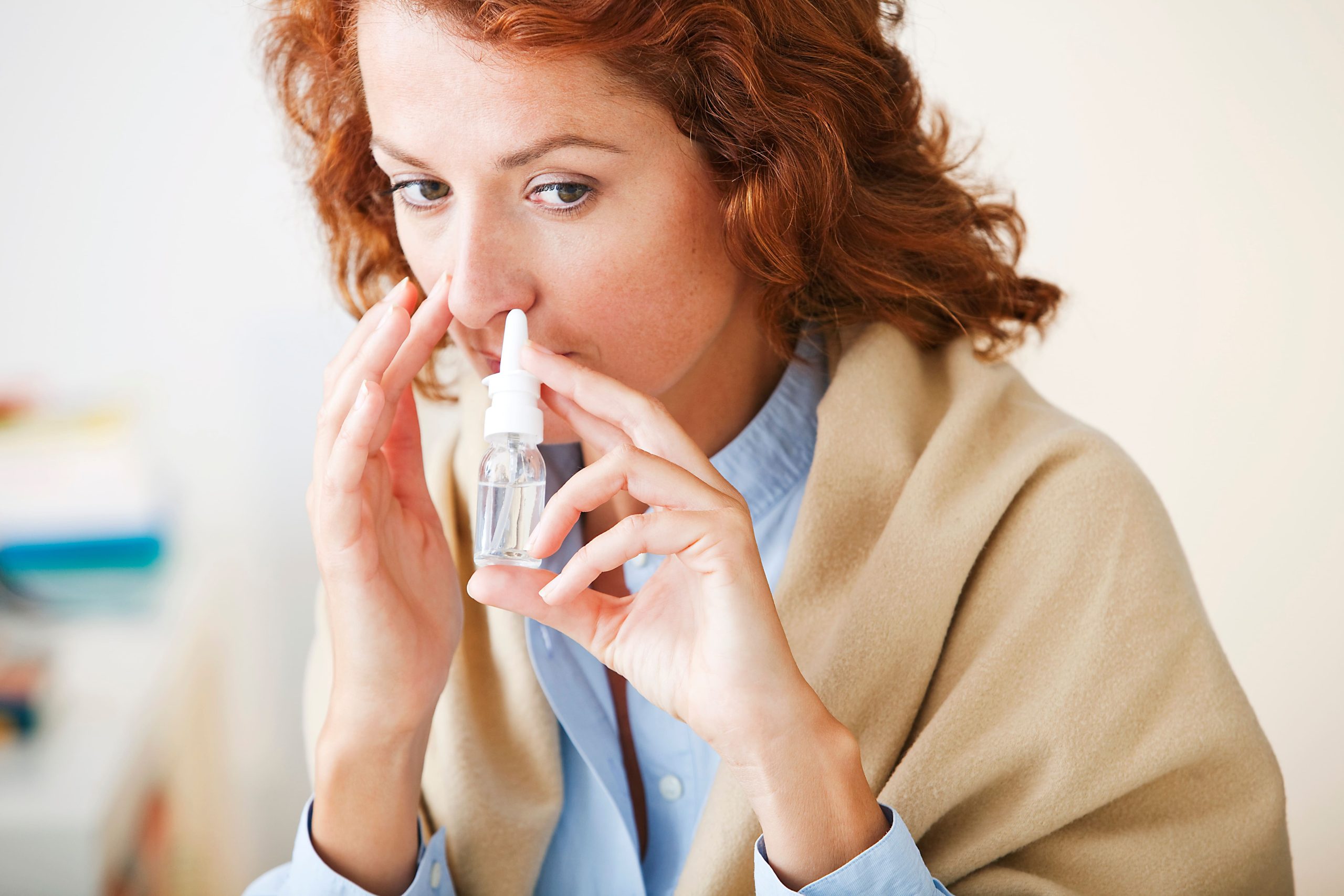 What do decongestants do?

Decongestants are a popular over the counter remedy for a range of minor illnesses, from the common cold to hay fever to rhinitis. As the name suggests, they are designed to temporarily decongest or unblock a stuffy nose. They can come in the form of nasal sprays, drops, liquids or syrups, powders to dissolve in hot water, or tablets.

How do decongestants work?

When you have a blocked nose, part of the problem is that the blood vessels in your nose have swelled up. This reduces the size of the airways, making it harder to breathe and causing that feeling of congestion. Decongestants work to reduce the swelling of your nasal blood vessels to open the airways back up, which in turns eases your breathing. This can also have the effect of relieving sinus pressure and easing tension headaches if they were caused by nasal congestion.

The way you take decongestants depends on the type you are using. Typically, nasal sprays or drops will work quicker than tablets, powders or syrups as you apply them directly to the affected area. Be careful when using topical treatments such as nasal sprays, as they can cause irritation in the nasal passage.

Decongestants only treat the symptom of nasal congestion rather than tackling the cause, which can make them useful if you have an illness that just needs to run its course. However, it’s always best to check with a doctor or pharmacist, as they may be able to suggest a different medicine that can treat the illness itself. For example, a bacterial infection may require antibiotics.

Can you take too much decongestant?

It is advised that decongestants should only be used up to four times a day. Using them more often could make your congestion worse or cause other problems like irritation, headaches and nausea.

Additionally, decongestants are not suitable for everyone. The following people should not take decongestants without speaking to a doctor or pharmacist first:

Pregnant women should only take decongestants if advised to by a medical professional. Children under the age of six shouldn’t take decongestants at all. If you have any doubts or questions about whether or not you or your child can take a certain decongestant, read the patient information leaflet that comes with the medication.

How long can I take oral decongestants for?

Nasal decongestants are meant to be used to treat symptoms, so they should generally only be used for about a week. If your symptoms persist, speak to a medical professional about potential causes as you may need an alternative treatment. Only continue taking a decongestant after this point if a doctor or pharmacist advises you to.

In particular, children aged between six and 12 years should only use decongestants for five consecutive days. It’s best to consult a medical professional about children’s symptoms, particularly if they haven’t improved after five days.

Pseudoephedrine is a popular decongestant you can buy in small amounts at supermarkets or pharmacies. It comes as a liquid or in tablet form. If you need more than 12 tablets or 100ml of the liquid form, you’ll need to get a prescription from a doctor. Pseudoephedrine is sometimes also available in all-in-one decongestants.

Most people over the age of 12 can take pseudoephedrine. However, you should get a pharmacist’s advice before giving it to children between six and 12 years old. You should consult a doctor before taking pseudoephedrine if you have any of the previously listed conditions, if you’re allergic to any of the ingredients, or if you’ve taken antidepressants known as monoamine oxidase inhibitors (MAOIs) in the last fortnight.