Home > Advice > What is the difference between a cold and the flu?

What is the difference between a cold and the flu? 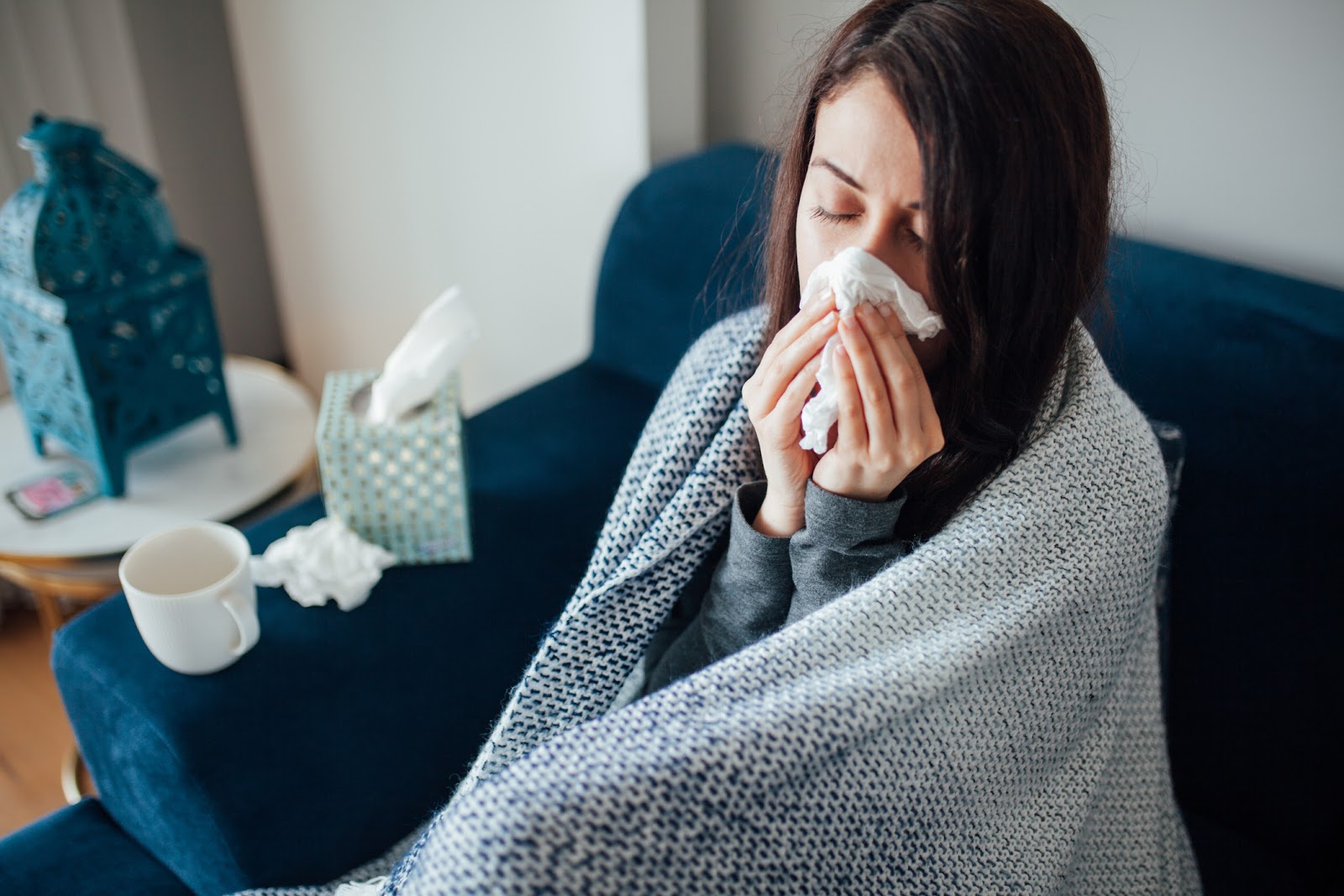 What is the difference between a cold and the flu?

If you’ve started to feel a bit run down and have the beginnings of a cough, sore throat or fever, how do you know whether you’ve caught the common cold or the flu? Despite being caused by different types of viruses, the symptoms may be similar or overlap, making it difficult to know which illness you have and how to treat it. So with this in mind, what are the differences between a cold and the flu?

Do I have a cold or the flu?

Generally, symptoms of a cold come on slowly – the illness may start with a sore throat and a runny nose before you start to experience a raised temperature, pressure in your face and a loss of taste and smell. Symptoms tend to be milder than those of the flu and you should be able to carry on with daily activities as normal.

In contrast, the flu can come on very quickly and could make you feel much more ill than the common cold. You may find that you need to rest in bed for a few days with the flu until symptoms dissipate. Therefore, if your symptoms appear gradually and don’t hinder you too much, it’s likely that you have a cold. But if you’re bedbound and your symptoms appear out of nowhere, it’s more likely to be the flu.

What are the symptoms of cold and flu?

As previously mentioned, the symptoms of cold and flu can be quite similar, though there are some minor differences.
With the common cold, you’ll likely experience:

If you have the flu, these symptoms might be closer to what you’re experiencing:

The most common symptoms of a cold, such as a stuffy nose and a sore throat, are much less likely to occur if you have the flu. Instead, it’s possible that your muscles will ache and you could feel extremely tired. In children with the flu, nausea, vomiting and diarrhoea are also quite common.

How to relieve cold symptoms

There are hundreds of viruses that cause a cold and this is why you may catch the illness multiple times a year. While this can be annoying, there are some measures you can take to relieve your symptoms at home.

Plenty of over-the-counter medicines are available to alleviate the pressure in your face, the stuffy nose and the sore throat, such as decongestants and throat sprays. Throat sprays usually contain a tiny amount of anaesthetic that can numb the pain and get rid of your sore throat fast. They come in all sorts of flavours, including Honey and Lemon, so you can pick one that sounds the most appealing to you. Decongestants generally come in tablet form and can help to clear your blocked ears or nose.

If you’re looking for some natural remedies that you can take using what you have at home, you can try making a cup of tea with honey in it, as this could soothe your sore throat. Vitamin C may also help your body to recover faster. The NHS recommends drinking plenty of water, resting when you can and keeping warm. Your cold should clear up within seven to 10 days. If you still have symptoms after a week, you should consult your doctor.

How to recover from flu

Unlike a cold, the flu (or influenza) only has three strains – A, B and C. A and B are the most common types and the flu vaccine could prevent you from contracting the illness. Because the symptoms are unlike those of a cold, the flu must be treated differently. Decongestants and throat sprays may not work. Instead, you should take paracetamol and ibuprofen. The ibuprofen will help to reduce any swelling and inflammation while the paracetamol will take away the aches and pains. You can take both types of medication together, but you should always read the label and never take more than the recommended dose. Aspirin may also help to alleviate symptoms, however you should never give this to children.

As with a cold, you should try to get plenty of rest. Rest doesn’t necessarily have to involve sleeping – you’re also resting if you’re lying or sitting down while watching television or reading a book. Where possible, ask family members to help out by doing things such as cooking dinner or picking the children up from school. Antibiotics aren’t recommended for either the flu or a cold, as these treat bacterial infections and not viral illnesses. You should avoid them as they likely won’t help your symptoms.