Home > Advice > How to relieve congestion and pregnancy rhinitis symptoms

How to relieve congestion and pregnancy rhinitis symptoms 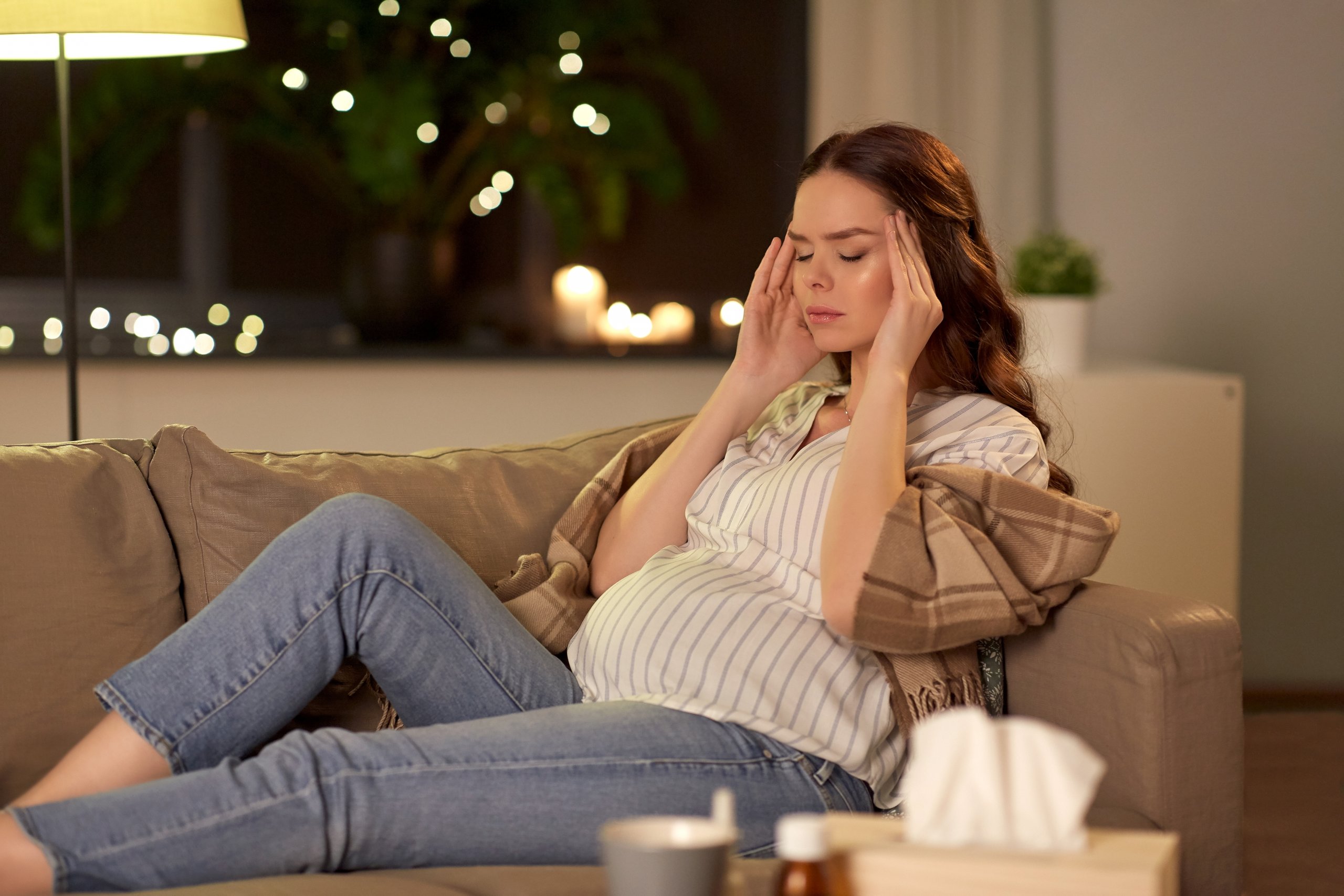 How to relieve congestion and pregnancy rhinitis symptoms

There are a variety of symptoms you may experience while pregnant – including rhinitis. Pregnancy rhinitis refers to stuffy, uncomfortable nasal congestion that some women develop while pregnant. Some women experience a runny nose and sneezing too. But why does it happen, and what can you do about it?

The good news is, congestion in pregnancy does not affect your baby, but it can be unpleasant for you in the meantime. In this article, we take a closer look at pregnancy rhinitis and give you some useful tips on how you can treat it.

What are the symptoms of rhinitis of pregnancy?

Unfortunately, it can sometimes be difficult to identify pregnancy rhinitis because it’s so similar to other minor illnesses such as hay fever, allergies, viral or bacterial infections. It’s important to make sure these aren’t causing your symptoms, as they may have a bigger impact on your health. Your doctor will be able to determine the cause of your congestion.

Pregnancy rhinitis isn’t usually considered dangerous or serious, but it can affect your day-to-day life. Many women find congestion and pressure in the sinuses leads to losing sleep, leaving them fatigued during the daytime.

In some cases, pregnancy rhinitis can exacerbate other conditions such as asthma. It can also cause things like sinusitis and ear infections. If you’re concerned about your symptoms and how they might affect you or your baby’s health, speak to a healthcare professional.

Why do you get pregnancy rhinitis?

The truth is, it is not known exactly why some women experience pregnancy rhinitis. However, there are a number of changes that happen to the body during pregnancy which could be the reason as to why some women suffer from this condition.

For example, during pregnancy, blood flow increases to areas of the body called mucus membranes – with the nose being one of them. This increase in blood can then cause the nose to swell, causing the mucus to thicken and as a result, lead to feelings of stuffiness. In fact, it’s thought that this increase in blood volume can mean you’re more likely to develop rhinitis by up to 30%. It’s also thought that hormonal imbalances and the increase of the oestrogen hormone during pregnancy can be to blame for rhinitis.

When does pregnancy rhinitis start?

Pregnancy rhinitis can be an early pregnancy symptom that can start in the first trimester, however it can develop at any point of your pregnancy. You may find that your rhinitis symptoms stop or they may carry on throughout the pregnancy. Some women experience rhinitis symptoms for a few weeks after they’ve given birth too.

How to treat rhinitis during pregnancy

While there is no cure for rhinitis, there are a number of safe and effective tricks and treatments you can try to relieve your symptoms so that you feel more comfortable and enjoy your pregnancy.

Taking part in a little light to moderate exercise on a regular basis can help ease congestion. However, you may want to avoid exercising outdoors on days when the pollen count is high, as this may make your symptoms worse, and it’s also a good idea to check with your midwife or doctor that you are safe to exercise during your pregnancy.

Using a saline spray is a safe, effective way to clear your nasal passages if you’re struggling with pregnancy rhinitis. Available over the counter at your local pharmacy, this treatment is simply sprayed directly into the nose, and it can usually be used several times a day to help provide relief.

Use breathing strips at night

A blocked nose can make it more difficult to breathe freely – especially at night. So if your rhinitis is stopping you from getting the sleep you need, you could try using breathing strips. These strips work by widening the nasal passages to provide quick congestion relief. Simply attach a strip to the bridge of your nose before you get into bed to enjoy a peaceful night’s sleep.

Using a humidifier at night can also help you sleep better at night if you’re struggling with pregnancy rhinitis. This device can increase the amount of moisture in the air, which in turn, can help relieve nasal congestion. The extra moisture in the air can prevent your nose from drying out and soothe any stuffiness.

There’s no reason why you should put up with the uncomfortable symptoms of rhinitis, but it’s also important to ensure that you’re using treatments that are safe to be used during pregnancy. For example, some nasal congestion remedies, such as decongestants, are not pregnancy safe. If you’re unsure, you should speak to a medical professional, like your midwife, doctor or a pharmacist.